A quick (and overdue) entry on Clemens Weissharr and Reed Kram’s OUTRACE installation in Trafalgar Square as part of the London Design Festival.

In a nutshell, participants are invited to type a message of up to 70 characters, some of which are then selected and lightpainted by 8 industrial robots from Audi’s production line.  Each movement is captured by a series of DSLR long exposure cameras, the resultant images from which are strung together to create a 8fps video message.

The OUTRACE website itself is clean and simple, but as ever with these very clever mergers of art and design (and technology I personally like), some more dymanic content would have been nice.  The online ‘paper‘ is a nice touch though.  Although, I have to say the intigration of a live webstream (sadly now defunct) which also cuts to the completed message is very cool.

Anyway, brilliantly ostentatious and gimmicky.  You can see my own facetious OUTRACE message here: 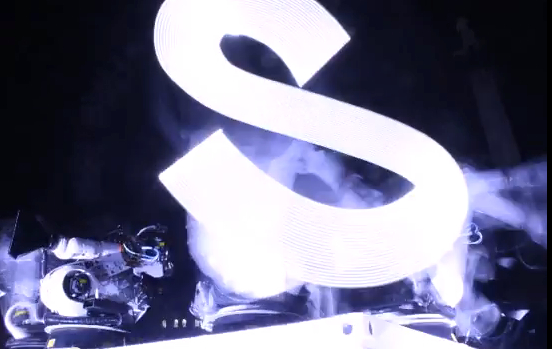 Personally, I thought the graffiti-esque letter forms were a slight missed opportunity to create something calligraphically (is that even a word?) beautiful as well – but then I’ve never been a fan of anything resembling tagging.

That said, visiting the Brit Insurance Designs of the Year Exhibition a while back, I was utterly beguiled by Evan Roth‘s Graffiti Taxonomy for which over 2400 Parisian graffiti tags were photographed in the space of a week.  After categorising each tag by content, the 10 most common letters were selected (A E I K N O R S T U) and 18 tags chosen to represent the different forms the letters can take. 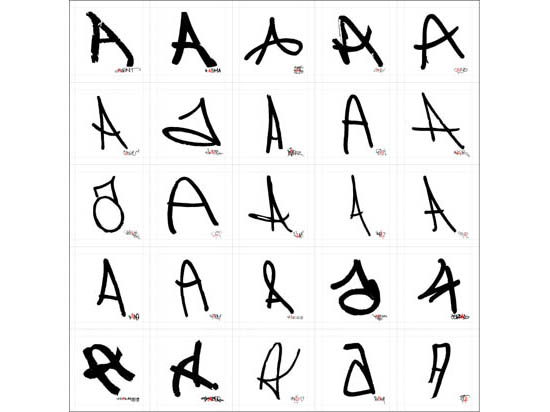 The resultant visual database is fabulously interesting and shows off the true diversity and beauty of the forms the individual letters take.  The above image is from Evan’s website and a great online version of Graffiti Taxonomy can be seen here.