Uncharacteristically, the lack of blogging action on this site hasn’t been a result of my usual laziness. Instead, I find myself in the wilds of SE Alaska for the best part of two and a bit months working as shooting PD on the second series of Raw Television’s, GOLD RUSH for Discovery.

Now, obviously I can’t say much – well anything really – about what we’re up to, suffice to say it’s breathtakingly beautiful here, with a fantastic crew and contributors, no phone reception and far too many insects that seem hell-bent on biting us.  In a word, brilliant and the sort of stuff I love working on.

Outside work, I’ve yet to crack out the stills camera, but I will. In the meantime, here’s a rather nice phone picture from my flight from Juneau to Haines. You don’t get that with easyjet….. 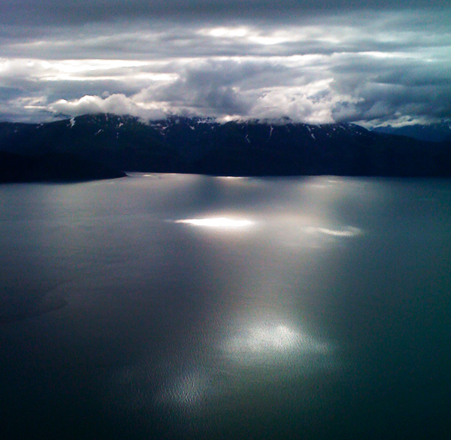