Tomorrow the Central Office of Information quite literally closes its doors.

In a turn of a key, 66 years of government and public sector communication experience comes to an end.  To be replaced by, well who knows really?

Since the official announcement last June there has been much analysis and comment on the COI elsewhere in broadcast, print and online.  I had the pleasure of a long association with the COI as a freelance.  I can only write in a personal capacity.

I am profoundly sad.

The COI did not produce propaganda; it produced campaigns with a message and a purpose.  The Civil Service Code expressly forbade it from producing anything ‘Political’.  I was caught up in arguments with Whitehall politicos on exactly this point on more than one occasion.  If you excuse the rather Orwellian name, the belief that the COI was the epitome of nanny-state brainwashing is laughable, especially when you compare its output to some of the insidious and damaging advertising from today’s commercial brands.  The truth is the COI was respected, liked and admired by those who understood what it did.  Sadly, it seems those who didn’t understand are the ones in whose hands its fate ultimately lay.

Inevitably, it was the high-profile public information films that have attracted the most attention throughout.  From Night Mail, via Charley Says, the Green Cross Man and Clunk-Click, through to the reworking of Joe and Petunia and more recent Swine Flu and FAST campaigns, the COI’s output is part of our popular history.  However, this was just the tip of the iceberg in terms of the COI’s output.  Often the most interesting, rewarding and innovative projects were those focussed on very specific groups, communicated through very specific channels, but always with a very clear purpose.

Contrary to what you will read in many publications, the COI I knew was never profligate.  Indeed, often it worked miracles with very tight budgets.  On every project I worked, we were always conscious that it was public money being used.  Those occasions when projects were delivered under-budget (yes, that did happen), the surplus went straight back to the client.  Every project was carefully considered.  It was not uncommon to recommend to a client that their brief should not be produced because it was a waste of time, effort, money and frankly wouldn’t work.

Yes, there were issues – show me an organisation which doesn’t encounter them.  The management structure could be clunky, the departmental divisions sometimes didn’t make sense, frequently the tendering process for approved suppliers was regarded by some as too narrow and rigid and yes, there were campaigns that were less than successful.  In the creative industries, it happens.  For every failure that hit the headlines, there were many others that broke new ground, were successful and were never shouted about in the same way.  I know.  I was lucky enough to work on several. 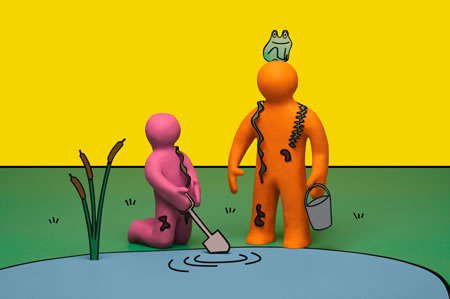 It’s not just the thoughtless scrapping of almost seven decades of institutional memory and knowledge that I lament.  An organisation with a pedigree is nothing without the people who make it a living, breathing, developing entity.  The COI had at its heart some of the most creative and experienced people I have had the pleasure of working beside.  It always has, since it’s inception.  It has been awful to watch from the outside as that life was slowly choked out of it.

On a professional level, I owe the COI a huge debit.  Personally, I owe the friends I have made even more.

They – and more specifically, a few brilliant individuals who shall remain nameless on these pages – gave me my break as a director.  They trusted me, respected me, listened to me and allowed me to work on projects that had clear objectives, purposes and which in short, actually mattered.

My experience was not of detached, stuffy, faceless mandarins surgically bound to grey suits.  The parts of the COI I worked with were full of creative, motivated, imaginative, passionate people.  Indeed, when I did make the mistake of turning up in the suit during a very bizarre project embedded in a Whitehall department, I was ribbed for being The Man From The Ministry.

Over the years I worked with them as a director, cameraman, producer and executive producer.  I was fortunate enough not just to be contracted to them as a freelance, but brought under their wing on longer term projects and as such experienced the place as an insider of sorts.  They opened doors to people, places and stories few get to see.  It was a huge privilege to work alongside people at the top of their game and from whom I learnt a great deal.

I am proud and honoured to have played a small part in a chapter of the COI’s long history.  It is tragic no more will be written.

So, to the COI – those colleagues, collaborators, contributors, clients and most of all friends – thank you.

I will be forever grateful.